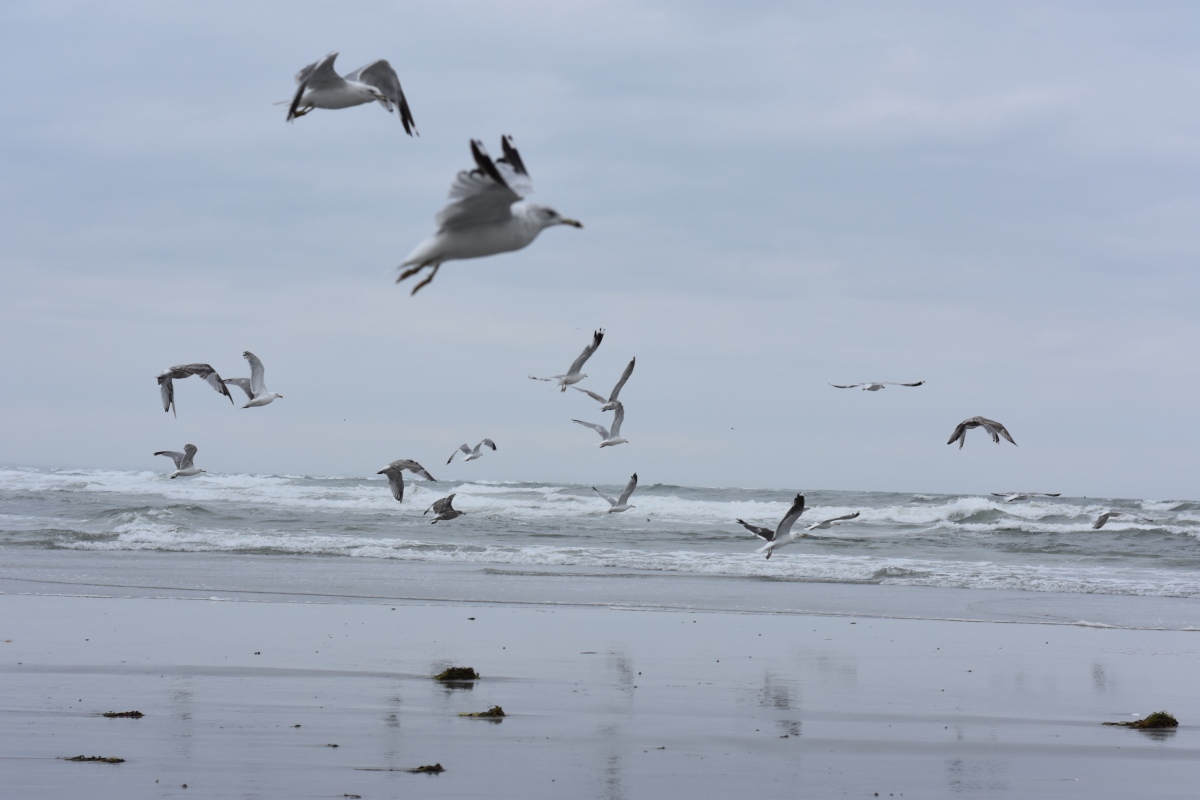 The first thing I did when I got to the beach was look for Flappy, our ring billed gull friend who has a short left leg and a crimped left foot. We first met her six years ago when she found some vegetables that fell off my pizza; we’ve been seeing her at the beach ever since. Flappy, named in 2014 by my then toddlers, hops with her right foot and sweeps the sand with her left; she’s small but can squawk as loud as the other seagulls. The only consequence she seems to face is that she’s an easy target for some children to chase.

Flappy and I know each other now. I like to think that we seek each other out. Certainly she is no longer scared of me and my DSLR; she has posed for many pictures. On this particular beach, the one to which my in-laws have been graciously welcoming me since I was just the girl their middle son was dating, Flappy and I make a good, conspicuous team.  She stands out because of her foot and I stand out because usually I am the only person on the mile long beach with brown skin.

The last time I was at the beach melanin was on my mind even more than usual. Kamala Harris had just been selected as the Democratic Party’s vice presidential nominee. At work we had been discussing racism and anti-racism in medicine, as well as how to recruit and support physicians from underrepresented racial and ethnic groups. These discussions made me reflect on my own experiences with choosing a place to live and to work. Eventually my thoughts circled around to something that happened when I was very young.