It was a vicious day when I saw this sign on the board of a Unitarian Church:

Snow turned to ice turned to cold rain on my parade, or at least the free hour Andy and I had together while the girls released their inner monkeys in gymnastics class.  My mood matched the weather, vicious, but from sleep-deprivation, stress, and the continuous loop of my holiday to-do-list. Dr. Schweitzer’s quote made me laugh out loud, much to the chagrin of my dark mood which prior to that moment seemed to have a life of its own.

We’ll leave the cats aside right now because they’ll never know they’re not the center of this piece.  But, since yesterday was Christmas it is a fitting time to consider music. Even my college flute teacher who as far as I knew was an atheist, used to say that no matter how spare, religious music was incomparably inspired.  Back in those days I performed in a flute choir to start my College’s Christmas Vespers service. The Festival of Nine Lessons and Carols followed, opening with a clear voice both lilting and strong: “Once in royal David’s city…” Even today hearing the purity of that first phrase causes a lump in my chest to grow so large that it squeezes tears from my eyes.

We recently and unexpectedly acquired a piano, an instrument I played for three or four years until I gave it up to focus on the flute.  Since we’ve had the piano this summer I’ve been steadily re-learning the bass clef and how to play more than one note at a time. I can read a few songs now from our level one adult piano instruction book.  They all sound kind of like this: da-da-da-CHORD, CHORD-da-CHORD-da.  Let me tell you though, I work through those chord progressions with the determination I used to practice a tough passage of upper register thirty-second notes on the flute when I was twenty.  That’s because my flute, unplayed since that day in 2006 I jammed onstage to Elvis songs at my cousin’s rehearsal dinner in Memphis, is still packed in a box along with a part of me. My plunking piano playing is the closest thing I have to my flute music at the moment. 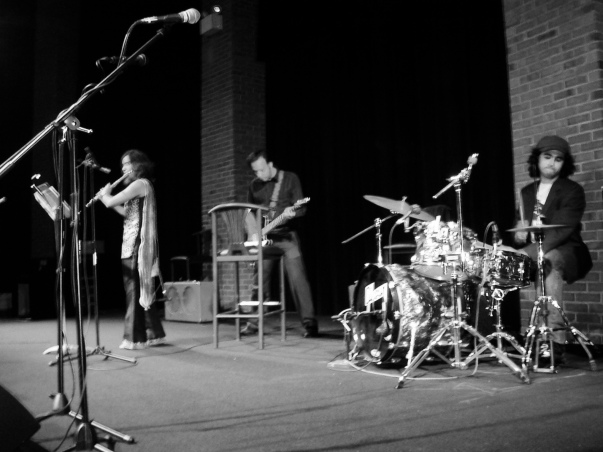 Playing Elvis in a salwar kameez

Why is that something that was so important to me, something that I was kind of good at even, has dropped out of my life completely? In medical school my flute was accessible but largely untouched.  My apartment building neighbors were too close- soundproof practice rooms were the key to my uninhibited college playing- and my brain was being crammed full with the language of medicine and it’s intricate physiology. Instead, I went out dancing, using my body instead of my mind to interpret the music.  After every exam, when I got into my blue roller skate-like Ford Probe with a twelve CD changer in the trunk, I turned on the Lo Fidelity All Stars  album How to Operate With A Blown Mind and clicked the volume waaaaaay up. All the release I needed from studying was found in electronic, hazy lyrics like:

Never mind your fingers I got blisters on my brain…

Um, okay.  And blowing out my eardrums with that while I pretended that I had the kind of speakers that throbbed with the beat (they certainly did not) was somehow healing.

My music became even less my own as I slogged through my residency training. I went to concerts occasionally and certain songs got me through the days and weeks.  But in moments of extreme fatigue, the noise of the hospital- ventilator alarms, IV pumps, pagers- turned into songs, like some medical version of Bjork’s “Cvalda” from her movie Dancer in the Dark (disclosure: I love Bjork). Watch it here: https://www.youtube.com/watch?v=-15u6J_PmT8

At work I imagined the rising boop-boop-boop-boop bop-bop of the ventilator with a beat behind it, and all of us in the ICU breaking into song and dance, patients included.

Like Dr. Schweitzer, many physicians in history must have been musicians.  We’ve been taught to describe heart murmurs, for example, with crescendos and decrescendos.  When I listen for one with my stethoscope I often close my eyes and feel the patient’s heart with my ears, counting out the sounds the way I would sense the pulse of a difficult phrase of music.  I remember an older lady a few years ago who had a murmur that was the textbook description of aortic stenosis, a narrowing of the aortic valve.  On rounds I had my interns and students listen to her heart.  Before we even discussed their findings the woman marveled at the attention, exclaiming “it’s like I’m musical!”

She couldn’t have known the full potential of the body’s song though.  A murmur can be whooshing, clicking or more ominously, rumbling. In the lungs wheezes are whistling noises made by narrowed airways while stridor is a harsh, barking upper airway. Intestines that tinkle like Christmas bells signal a bowel obstruction. The pops and crackles of crepitus come from air trapped in tissue and a chromosomal deletion syndrome can cause “cri du chat,” or a cat’s cry in an infant.

Music can be therapeutic for patients, too. Studies of music therapy have shown benefit for the youngest infants struggling to live, the oldest adults hoping to pass, both physical and emotional symptoms, and even for caregivers of the infirm.   A pubmed search turns up hundreds of papers on these topics.  Less studied, though, is how music could help physicians cope with stress or perhaps burnout.  I already know of its therapeutic benefits for me.  The question remains, though, how do we train future generations of doctors, without them losing their places of refuge? 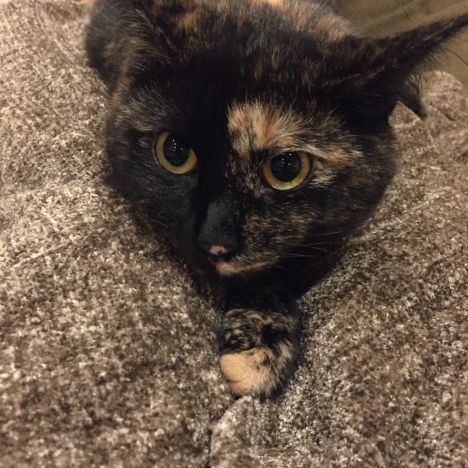