Andy and I currently live in a one hundred year old school which was converted to apartments some time ago.  Our apartment is on the fourth floor, built out of the attic.  One of the best things about it is its ancient, partially-exposed skeleton.  Huge chestnut beams support the ceiling of our living space.  A beam enters our kitchen at an oblique angle and is bolted to the floor with correspondingly large hardware, rendering most of the open space in the room useless.  I tried to count the rings on the end of a beam in our bedroom once, but lost count around 50; I could only conclude that it came from a very old, established tree.  The beams are beautiful structures, and relics of an era.  If I could I would saw a piece of one to take with us when we move, but I don’t want to be responsible for the building collapsing…

None of the beams in our new house will be cut from ancient chestnut trees, and pretty soon just about all of them will be hidden under clouds of cellulose insulation and layers of drywall.  Building a house, though lets one see what is under the surface- and there is a lot.  Here’s some of what we’ve seen (and some pictures of our beloved chestnut beams for comparison) over the past few months. 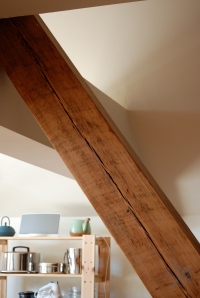 An unusual use of kitchen space.

Cut from a really old tree.

This is in our bathroom. “Psycho,” anyone? 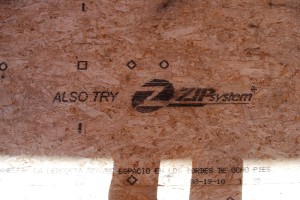 Ads on the floor! 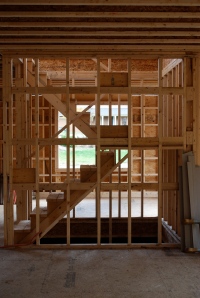 Looking through and through.

Castle in the sky.

We may or may not have drawn on the house. 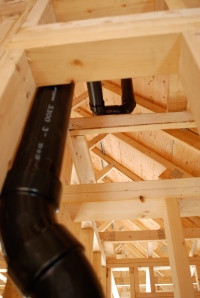