Well, the reincarnated Gingermouse is a year old and it’s been a while since you’ve heard from me. Where have I been? I encountered a turtle in July, started to write a post about it a month later and, well… I guess when it comes to writing about turtles I am going on at about the right pace.  With any luck the post should be ready by next July.

Today is Thanksgiving which was my favorite holiday growing up. Now I still enjoy the day but it is tinged with the embers of my illness, of cancer.

The first Thanksgiving after my babies were born no one but me knew that something was terribly wrong with my body. A year later, after my surgeries, I was still so sick that I could barely eat my meal (the one thing that I could eat, a delicious stuffing made by the Wranogashis sticks in my mind as perhaps the best Thanksgiving dish ever). That one was followed by a few celebrations where I felt well, cooked, baked, ran and healed but then just as I thought I was finding normalcy, two years ago my Thanksgiving pie-making ritual was cut short by a partial small bowel obstruction, one of many that year. I brought grocery store pies to the gathering and on my forehead the scarlet F for failure burned with shame. 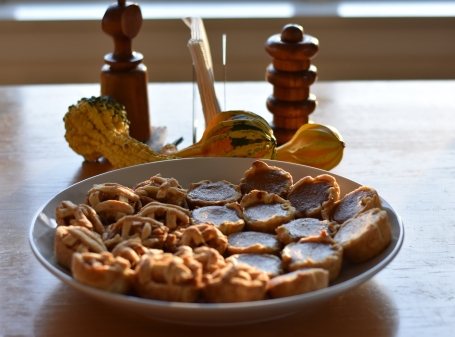 See, there’s something about pies- I make them from scratch because I love the feeling of the sinfully white silky flour in my hands. Instead of a food processor or pastry blender I use my fingers to mash the cold butter cubes into the flour. As my hands start to ache I start to think that surely the dough is ready. Are these pea sized crumbs yet? Or now maybe? Ohhhh, now! It’s like the practice of medicine, the perfect blend of science and art, with an element of danger: do not ever, at any cost, over mix the butter and the flour.  Making pies is also about being well: there was a time when I couldn’t stand at my counter long enough to work the dough and prepare the various fillings.

This Thanksgiving I am overworked and stressed out but healthy again. Today it is not my cancer occupying my mind, but the cancers of three separate loved ones. All are different ages, have different kinds, different stages, different treatments. But still, all have experienced a sort of sameness, an unwelcome change in their life’s plan just as I did almost seven years ago. I don’t pray but I do have faith in the power of thought. And so I fervently but silently whisper my wishes: that even at the darkest moments of their journey these three feel no pain, and that they have hope- for recovery, for health, for peace, for meaning. 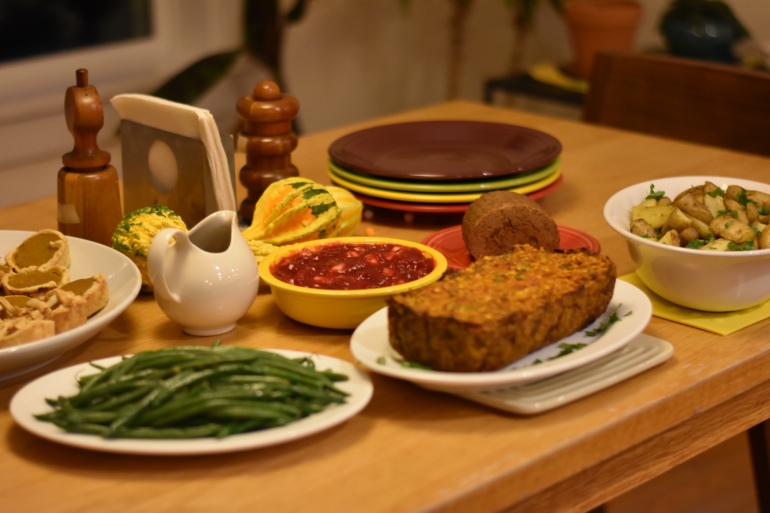 No turkeys were harmed in the making of this meal